REMEMBER. The CRISIS that changed my life. 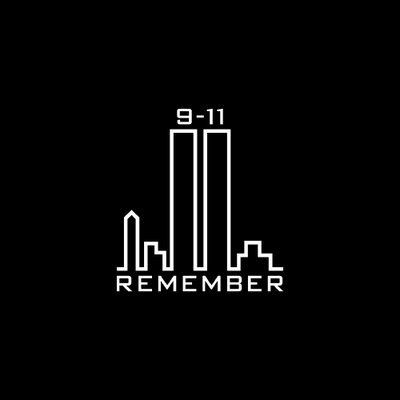 Manhattan Island is surrounded by piers, some in heavy use, some not so much. Pier 94 before 9-11 was used as an exhibition center, for fashion shows, car shows, whatever needed a large space for display. After September 11 Pier 94 became a focal point of grief and desperation. The pier is located on the Hudson River at 54th street. As I walked to my assignment each morning, I would first pass a wall plastered with thousands of posters with the portraits of all those who were “missing.”

Everywhere you look you see the familiar uniforms of Police, National Guard, firefighters, Army and people in FEMA jackets. Inside, every agency, governmental or private, that had anything to provide to the families of the victims. The Red Cross, Salvation Army, United Way, all were there, along with the Department of Labor, Crime Victim’s Bureau, Workers’ Comp, Immigration and the FBI. Mental health workers and chaplains were everywhere, looking for signs of despondence or distress, or simply for people who are sitting alone and look like they might need company.

I would arrive at Pier 94, usually around 7 a.m. and leave around 11 p.m. It was my job to sit at the table representing the Salvation Army. Across the table from me were the countless victims who had lost their loved ones in the acts of terrorism unleashed on American soil not too many streets south from where we sat. I would take their information, share my love, provide the services and resources the Salvation Army was assigned to assist with, and often pray with the family whose life was no in turmoil.

The emotional intensity at Pier 94 was unceasing. It often felt like a factory, a processing center for the thousands of applicants who had suffered losses. “Did you lose a lot of friends?” a waiter from Windows on the World was asked. “Yes,” he replied. “Eighty-four.” He did not answer “a lot,” or “dozens,” but “eighty-four.” “Here are pictures of my apartment,” says a young woman. She is professionally dressed, but frantic. “Look,” she says. “Look, everything is gone.” She opens her black leather briefcase and starts to drop everything. “It’s all gone,” she says. “I have no home to go to.” She begins to cry.

Thousands of people walk by us, some angry, some resigned, but all of them focused on rebuilding their lives. It is said that New Yorkers are tough and resilient. To that I would add compassionate and focused.

In that warehouse, I would see a picture pre-beaurocracy that I wish we all could have seen. Powerful people and powerful organizations realizing this tragedy was far greater than their own capacity and that it would have to come along side of other organizations in true partnership to meet the needs of the masses of people who seemed so hopeless and desperate. We became not only a team but also a family.

From 11 p.m. until 3 a.m. after 16 hours of exhausting service, I would hop on a subway and take it ‘south’ as far as the trains would go and get off and take my evening hike into the zone now known as ‘ground zero.’ My responsibilities were varied. I had freedom to simply serve the people who were laboring on the ‘pile.’ Our headquarters was a large tent only steps away from the rubble and the morgue. I would assist my other workers in feeding those who were hungry. I would take walks and encourage the fire fighters and steel workers. It did not take long to be recognized as ‘clergy’ and often a fire fighter would come and get me and ask me to go down with him into the pile. He was simply looking for companionship as so many workers shared the feeling of being ‘alone.’ When a body part was found, it was treated as a person and carefully and respectfully taken to the morgue. The fires would burn at the World Trade Center from September 11 until December 19.

The twenty-hour days for 20 consecutive days, the exhaustion, the tension, were partly forgotten, and what I remember still to this day was the opportunity to be a part of the rebuilding of hope in the individual lives of the people I had the privilege of serving.

When people go through a 9-11 experience they search for hope and they reach out for faith. As we remember today what happened 13 years ago, Let us Remember 3 Things:

1. Today is a day to trust. Trust God. He will see you through. The Scripture says, He is a ‘strong tower’ an ever present help in times of trouble.
2. Today is a day to love. Don’t let your heart become a headquarters for hate. Let this terrible wickedness be the dark velvet upon which the diamond of God’s love can be seen through you. People, in the name of their religion, are slaughtering innocent human beings with blood, unimaginable brutality, and horror. It is still happening! Let that be the dark background against which the love of God shines brightly through us.
3. Today is a day to unite. Admiral Yamamoto led the Japanese in the attack at Pearl Harbor. He reportedly said afterward, “I had intended to deal a fatal blow to the American fleet by attacking Pearl Harbor. I fear all we have done is awaken a sleeping giant and fill him with a terrible resolve.” I believe the terrorists of September 11 did exactly the same thing. They have awakened a sleeping giant. We have not defeated that giant to date. We’ll never all be alike, look alike, act alike, or believe alike. But let’s unite our hearts and stand together against this evil.

WHAT WE LEARNED FROM SEPTEMBER 11, 2001 and WHAT WE MUST REMEMBER:
We Must:
1. Put our Faith in God Soon after the terrorist attacks, the President asked Americans to join him in a moment of silence. “May God bless the victims, their families, and America.” During the noon news, the nearby “soft rock” station, interrupted its broadcasting to ask a prominent local minister to pray on the air for the victims and for the country. Even the most non-religious seem to admit – at least in times of crisis – “In God We Trust.”
2. Continue to Love our families Despite the bad rap families may get, the first thing family members did was to get on the phone and find email programs to contact family members. Even as the planes were being high-jacked, terrified passengers used cell phones to tell spouses and family members, “I love you.” America is still a land of “family values.”
3. Be aware of mortality On this day of remembering a horrible tragedy, we would do well to remember that when we step onto a plane – or get on the bypass or simply go to work – we have no money-back guarantee that we will return safely to our home and our loved ones. And, thus, a reminder to love our families and live our lives with that sense of mortality in mind.

About the Author: Dan O'Deens